... and shove it up your ass. You're not supporting the troops with these damn things and I am far far far from sick of seeing them.

You bought these damn magnets at Walmart or a gas station and while it makes YOU feel good, it makes NO ONE else feel good at all. It doesnt make me feel good, the troops feel good, the Chinese guy who earned 30 cents that day to make it or you after awhile because I'm sure you've forgotten about it 5 minutes after you put it on. So just stop.

If you really want to support the troops kindly do one of the following after you've pulled your head out of your ass:

And you, my sinews, grow not instant old, But bear me stiffly up. Remember thee!I

Okay I've officially had it.

Username and Password remembering is an ENORMOUS pain in the tuckus. Any Microsoft domain never remembers me. Google is better but still forgets after awhile. Firefox always remembers but wont tell the page and makes you go thru the login process again.

All this Microsoft Passport shit and OpenID can all suck a big pile of gopher weenie. None of it works how humans function. Basing it on arbritary cookie time-limits for rechecks that are different across multiple domains is infuriating.

Think of how many pages you go to that require you to login in AND offer the "Remember my username and password" but then forget you after some time.

Oh sure, security you cry, yep security. You know what else is secure - boarding an airplane buck ass naked with a speculum up your netherbits, but we dont have shit like that going on. There's a limit.

I want one username and password, tied to Windows or a thumbdrive or a magic the gathering card being furiously rubbed on the monitor that remembers who I am and all my various incarnations across the internet and just fucking logs me in and keeps me logged in when I'm there and not when I'm not. How can this still be this hard?
2 comments:

There's nothing like leaving a party and the first song that plays in the car is "Don't You Forget About Me".
4 comments:

Sorry for the lack of posts. Too busy on this end between work and the holidays.

Just wanted to drop by and wish everyone a great Yule, a Merry Christmas, Happy New Years and all the great holidays this time of year. 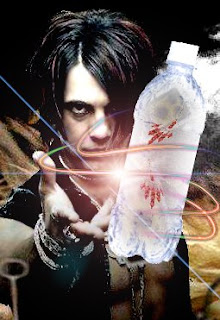 AP: NAPLES, Fla. - An X-ray marked the spot for southwest Florida police who say a teenager swallowed a $16 pair of earrings after taking them from a JCPenney store at a mall.

Naples Police say the 18-year-old was in the store on Saturday when security saw him remove the earrings from a box, drop them into a bottle of water and leave without paying.

When a security officer approached him outside the store, authorities say the teenager drank the water, swallowing the earrings.

Police said Monday the X-ray confirmed the earrings were inside him. A police spokesman didn't know whether the suspect required medical treatment for having swallowed the earrings.

Police do not know if he has an attorney. A phone listing for Colburn couldn't be found.

I find this just a bit odd. So the security guard saw him put the earrings in the water bottle and then stood by him as he drank the water bottle and the earrings, yet they still X-rayed him. So the price of taking him into the hospital and using the X-ray machine to do this was worth it for this pair of $16 earrings. The only thing I can come up with is that they mistook the kid for Chris Angel and thought that he was pulling some weird magic trick.