This website is great at checking local gas prices and showing you the cheapest and it's not based on volunteer spotter info.
No comments:

Myself and a few co-workers have recently become addicted to eating pretzels all day long.

At any rate, we all decided to try to bite the number 6 out of a pretzel. It's a LOT more difficult than what it would first seem. Only Mike and I were able to accomplish this feat and here is my photographic proof.

If you think you have the skills, go ahead and try. You can ONLY seperate the pretzel hunks with your teeth - no fingernails or breaking them by other means.
2 comments:

I read about this in my latest issue of Popular Science and I am so going to build it. BTW, dont get a subscription to the magazine since they screw you and print everything in it back on the web for free. Well at least you can read it on the toilet. Then again I am sitting on the toilet now blogging this.

So the other day I was at a gas station (a Speedway). The gas there was $2.63 a gallon. 40 miles south, where I live, the gas was $2.89 a gallon that day. So as you can imagine this station was VERY busy. Across the street was a BP station and for whatever reason their gas was $2.79 a gallon. So myself and many other motorists caught these stations in a mini price war before they had to go up to the new price. There was at least 30 cars at the Speedway station with me all jostling for position at any open pump. While waiting for an open pump, I noticed two amazing things. Outside our station was a very old looking man holding up a sign that read "Vietnam era vet. Need work for food and bills. Please Help God Bless." This man was clearly not one or two paychecks from turning things around either. The second thing I noticed was across the street at the BP station, the ONLY vehicle there to get gas was an H2 Hummer. Not only did this guy spend as much as some houses on his vehicle - he clearly didnt care to put the extra expensive gas in it either.

I think Hummer dirvers (and other large SUV drivers - fuck you too Ford) should have to display a bumper sticker like the one on top of this post I mocked up. I also think that a group of people should start posting pictures of dead soldiers on gas pumps as a way of non-violent protest to get more people to wake the fuck up. I think I might start printing up some fliers and taking them around to gas stations with me. Who's with me?
10 comments: 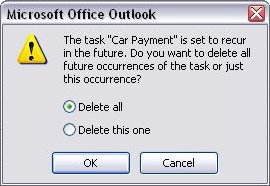 Well yesterday I sold my Grand Am. I am now 100% debt free again. No loans, no credit cards - just living expenses and college (which I am paying for out-of-pocket). This feels great. :)

I am down to 3 vehicles now, my old Jeep, my motorcyle (a Honda) and my '91 Honda Accord that I bought off my sister. And I have to admit that I am loving Hondas. Especially after I heard about this movie and GM's old EV1 vehicle and all that bullshit. I am certainly buying a Honda or Toyota the next time I buy a car.

I'm also glad to be rid of that car because I had it during some very negative times in my life and it collected a lot of bad memories. If the car was a magnet for that bad stuff, I hope it doesnt follow to the new owner. She's a 16 year old girl from a little north of me. She's saved up her money from raising and caring for dairy cows and was able to buy it herself. She was even looking for a black Grand Am so it was pretty much the perfect match. Since I was unable to sell it to a friend at work, I am glad this girl got it and she will give it a good home.

I guess I should also mention that I sold my car by listing it on Autotrader.com. It's a great website and a very simple process and worth every penny!
1 comment:

It would seem that the people that came to check the car are VERY interested in it and after they check insurance rates on it and get with me for sure tomorrow.

So I am sitting here testing out Microsoft's new Windows Live Writer program which is a WYSIWYG editor for Blogging. It downloads your CSS data and applies it as you type for the true WYSIWYG experience which is nice and works with tons of different Blogging services (such as Blogger) and not just Microsoft's Live Spaces, which really sucks ass now.

I'm also sitting her waiting for a woman to come by to look at my car for sale. A guy at work wants to buy it too and needs to try to secure a loan for it first. I would rather sell it to him, but I would rather just sell it first. Hopefully her and her daughter show up pretty soon or else I am going to fall asleep sitting here.

If they stand me up I'll be really pissed as I was going to get some tattoo work done tonight and I put it off to do this.

Okay time to hit post and see what happens with this thing. Oh let me test a picture upload quick too.

Well I have now registered for classes for Fall quarter. Starting on 8/28 I will be a student again. Mondays I have Art History from 6 to 845 and Tuesdays and Thursdays I have "Intro to Macintosh" from 4 to 5:50. I hope that class has more of an art slant to it or the ability for me to test out of it. Thankfully it's only the first half of the quarter, then Algebra takes it's place for the second half of the quarter (at a bit later of a time slot).

The cost wasnt too bad - about 8 credit hours total $980 for the quarter. Granted that doesnt included books or supplies, but still that's pretty cheap.
No comments:

How not to release a leopard

Breakthrough gives 3-D vision of life’s dawn - Science - MSNBC.com: "The images show that one fossil embryo known by the scientific name Markuelia must be most closely related to a modern group of marine invertebrates known as the penis worms, based on the number of teeth it has and the way they are arranged."

Yes you read that right "penis worms" - more here on that.
No comments:

Wow a Sony product I would actually consider buying. Too bad they can go fuck themselves.

My Way News - Sony to Launch a New Wireless Handheld
No comments:

The bill would have raised the minimum wage from $5.15 to $7.25 per hour over three years, the first increase in a decade.

It would also have replaced current cuts in the estate tax, due to expire in 2010, with new provisions eliminating the tax entirely on estates worth up to $5 million - $10 million for a married couple - and capping the tax at 15 percent on estates up to $25 million. Larger estates would be taxed at 30 percent.

Let's put this into perspective for a second. Disregard the Democrats are pushing for the increase of the minimum wage and that the Republicans say 'Ok, but we get this other thing for our rich friends'. Forget that the minimum wage currently puts you below federal poverty standards. Forget that it hasnt been increased in 10 years. Just focus on the incredible difference in being poor and being rich in this country.

If I have an estate worth $25 million and under the proposed bill, they would cut my taxes down from 30% to 15%.

That's all what the rich people want to pay. That's amazing.

The gap between rich and poor in this country is a gigantic disgusting chasym and pretty soon the poor folk are going to get fed up.
No comments:

the darkness - i believe in a thing called love

Connie Chung is a pussy

This is a video of my sister's new cat. Her name is "Connie Chung". That's one of the greatest cat names EVER!
No comments:

OMG I want this bike!

Step two is now complete. I have taken my placement tests and have submitted my application for enrollment into college.

In one week I need to meet with my Admissions advisor and get my classes and financial aid all sorted out. I guess that will be Step 3.
2 comments:

Yes I got my invitation to mess with Writely. Man I cant wait until Google integrates this into Blogger full time or whatever they have planned for this.

Well I finally schedule admissions testing and an interview and stuff at Edison Community College.

Finally got off my ass and started something to try to get into college and do something or whatever. hehe